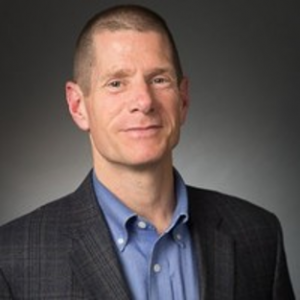 Get Your FILL
E19 Jeff Hiatt

So, at $400k, we’re in the right ball park. That was probably not their first time at the rodeo, so they probably have other buildings, too, that we could try and make a bigger snowball for them and make it work for them that way.
C: But it seems like you’d be doing double the work if you did two different buildings.
J: Oh yeah.
C: So it wouldn’t necessarily be half as expensive.
J: You’re right, it would be a multiple, but the tax benefit is still strong. And so usually, like I say, if we’re at $500k and we’re gonna get that five-to-one ratio, if we get to $700,000 or $800,000 then maybe it’s gonna be 8- or 9- or 10-to-one. So as you start to go up from the $500 grand, the benefit goes up very nicely. You’re at a couple million you might be looking at 10- or 15-to-one, and it continues to go up from there.
So we always offer a free, no cost, no obligation, estimate of tax benefit for the client, so that, without – so that they know ahead of time what to expect in tax benefit, number one, and number two, what they’re the expense would be, what their fee would be.
So we work on a fixed fee basis. So if you gave me some details about your client in New Hampshire and you said, I think it was it a five-unit and they paid about $400 grand for it, we can run an estimate of tax benefit for them and especially, that’s even more accurate if you could give us the street address because then we can Google Earth the building and see what it’s like before we actually send someone out. So because we have to send somebody out to comply with the IRS requirements for doing cost seg, we would give you an estimate of tax benefit. You would see it and go: Hey, that looks good or Nah, it doesn’t work for me and you get to make the decision – or the client does.
C: And is there, since you do have to send somebody out. Is there a sort of a circle, a range of where you’ll go for this?
J: We have people all over the country, so we go all over the country. So we’ve done work I think last year we did work in 42 different states. So we have a team always going someplace. Like tomorrow, I’ll be up in Bangor, Maine and we’ll be doing site visits in Scarborough and some other place farther north than Bangor.
C: You gotta switch that around so you’re doing those kind of trips in the summer.
J: I know. You go when the clients call though, right? You can’t always pick.
C: What are you buying up here now for, it’s too cold!

J: It was funny. One client of ours bought a property in Hawai’i and one of the guys had to go out in the winter and do the work in Hawai’i and he was totally psyched.
C: I bet. We’ll give you a little discount on this one. It works from your perspective, too, if you get to go someplace fun. And do you find… I had bought a property a while back and my CPA said, “Is there anything that you know you’re gonna replace any time soon? And I said: Well, basically the day I bought it, the heating system broke and then I knew I was gonna redo the kitchen and the deck and stuff like that. So he separated those out as different items and that was the first time I had heard of that. I had never had anybody mentioned that to me. I’ve mentioned our conversation to other folks since then and a lot of investors have never heard of the kind of accounting that you’re doing. Do you find that people are like: What are you talking about? That’s cool.
J: Oh, it’s very cool.
Where it’s all particularly heavily utilized is when accountants have clients, and the CPAs identify their CPA practice as real estate heavy. In other words, we do a lot of classes for state societies of CPAs all over the country, so they all have us come in and we’ll do a seminar, either two hours or four hours or sometimes we’ve done them for eight hours and the CPAs get continuing ed for this.
And if the CPA identifies they’ve got a heavy clientele that is real estate strong, a lot of real estate investors, then they’ll go to these events and/or they’ll read articles that we publish in the CPA publications or in the real estate journal, like we’re in New England Real Estate Journal frequently talking about cost segregation and what the new tax law is doing and this and that.
So if the CPA recognizes that they have a client with a lot of real estate, typically they’re attuned to what we do. On the other hand, if they’re thinking of you, Christine, and they know Christine is – I know you’re a real estate person – but let’s say you are an attorney. So Christine, the attorney, originally owned a two-family and then Christine moved out of that and continues to rent that and then bought another two-family or three-family and then a five-family and they’ve started down this path of being real estate investors. Well, often what I see is that the accountant, it never triggers in the accountant’s mind that Christine is really getting heavy in real estate and they should really start to look at opportunities for Christine.
They don’t look at it and it just kinda goes by the wayside and they just do everything in 39 or 27 and a half year and they never break anything out. So then, it takes a situation where one of those real estate people is at some conference or they read an article and they call the accountant and the accountant goes: I don’t know about that. You’re not gonna have any depreciation left, if you take it all early or a way other conversation might be, and then it is, what it is.
But we do a lot of work and usually if I am able to talk to the CPA because I’ve been doing this for 21 years myself, if I’m able to talk to the CPA I can usually help them understand the impact of this for the client.
C: Now your classes and stuff, are they only for CPAs? Like if a person, God forbid, does their own taxes or something, could they come to one of your seminars so that they could do this kind of thing?
J: I’m thinking about that. I’ve never had… It was funny, we had, the first seminar we did was in ‘02 and it was at the Natick Crown Plaza and there was one person there – we had 85 CPAs show up, plus or minus – and there was one person there who was the real estate investor guy, he was the main person and he was a big player but he had read about it. He came and he brought his CFO and his CPA and it worked out great, but basically we were drilling down into such depth, he eventually in the meeting, stood up and said, he goes: This all sounds great. He goes: You’re completely losing me here, I’m gonna leave now but I want my CPA and CFO to stay here and listen in and this sounds great.
We’re gonna be dealing with a lot, a lot of detail that most real estate people glaze over and go to sleep if we start talking that much detail, but if they wanted to send their own CPA or if they wanted to come and listen in or have a conversation with me and I could probably help them understand it a little bit more without having to sit down to bring it down to a certain level where it’s good enough for the layperson to grasp and take advantage of.
C: Yeah, and I think it’s clear, the way you explained it. I think that anybody who has already started real estate investing, and has even remotely looked at any of the tax ramifications could understand what it is that you are offering. And so now it’s just getting the word out to everybody, right?
Thanks Jeff for whetting our appetite for tax reduction, we’ll look forward to part two of the conversation which will air on February 2nd. Next week we’ll be discussing among, other things, ways to save money in your personal life. In the meantime, have a great week!