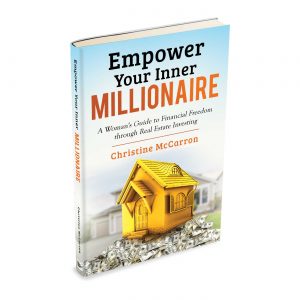 Get Your FILL
E56 Opportunity Zones

Miami Homes for All

Rudi retired from an executive career in financial technology to focus primarily on his family’s charitable foundation. Their Mission is “Giving Back Life… In Abundance!”

Rudi and his immediate family – Debbie (his spouse) and Reece (son) – work with him daily, helping to uplift local communities. They live in West Palm Beach, FL. Rudi holds a bachelor’s degree from the Graduate Institute of Marketing (South Africa), and a Master’s in Leadership & Sustainability, MBA, from Cumbria University (U.K.).

Denise Cleveland-Leggett is the Southeast Region Administrator of the U.S. Department of Housing and Urban Development’s largest region in the nation. Based in the Atlanta Regional Office, she oversees HUD programs and operations in Alabama, Florida, Georgia, Kentucky, Mississippi, North Carolina, South Carolina, Tennessee, Puerto Rico and the U.S. Virgin Islands. The Southeast Region consists of twelve field offices and approximately 840 employees.  As the Regional Administrator she oversees and coordinates with the U.S. Department of Housing and Urban Development Community Development annual funding of over $519 million, multifamily and public housing funding of $5.3 billion and single-family housing insurance in force of over $236 billion across the southeast region.

Prior to the appointment in July 2017 as the HUD Region IV Regional Administrator, Denise Cleveland-Leggett, garnered over thirty years of combined extensive leadership and legal experience in the public and private sectors while also being actively involved as a business and community leader in Atlanta.   An accomplished corporate lawyer she represented various healthcare clients in transactional and regulatory matters, including multi-million-dollar hospital acquisitions, hospital and physician contract negotiations, and clinical integrations, as well as, assisting in resolving and defending matters, such as Antitrust and Employment Law, including discrimination.  Considered an expert in her field she was called upon to address varying Healthcare related issues, Stark Law, Fraud and Abuse, employment, commercial leases and complex litigation matters.   Additionally, she served as transaction co-counsel on multi-million-dollar tax-exempt bond issuances to finance capital projects while also serving as a member of the Litigation team on Anti-Trust, Qui-Tam and successfully representing clients on State Ethics matters before the Georgia State Ethics Commission.

Denise Cleveland-Leggett is a strong advocate for fair treatment of women and served with distinction on the Georgia Commission for Women, Georgia State Ethics Commission, State Personnel Oversight Commission and Council for the Hearing-Impaired Legal Clinic, Co-Counsel.  She values service and educational literacy not only within her profession but also to the community at large as she served on several non-profit boards, including chairing Literacy Action, Inc. which seeks to remedy Adult Literacy.

She is a member of the American Bar Association, American Health Lawyers Association, Georgia State Bar Association and National Employment Lawyers Association. Additionally, Denise Cleveland-Leggett was honored with the 2009 State Bar of Georgia’s Justice Robert Benham Award for exemplary and unparalleled Community Service and was recognized in Who’s Who in Black Atlanta.  She is also a 2019 graduate of The Harvard Kennedy School, Cambridge, MA, Executive Education, Senior Managers in Government Certification Program.

A graduate of Boston University School of Law, Boston, Massachusetts and Oakwood College, Huntsville, Alabama she is married to Dr. Christopher J.W.B. Leggett, Interventional Cardiologist and they are the proud parents of two wonderful children Alexandria and Christopher II. 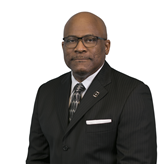 Prior to working at PSE, Cornell served 23 years and retired from the US Army where his many duties included First Sergeant, Special Operations, Communications Chief, Senior Drill Sergeant and Master Parachutist. He participated in numerous missions and deployments. Cornell attended a variety of military schools and training courses. He holds a BA in music performance from the University of Maryland. 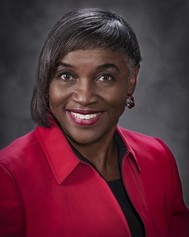 Ann McNeill is the President of MCO Construction and Services Inc., MCO Consulting, Inc., Constructively Speaking, Inc., Franchise Owner of Colbert/Ball Tax, Founder of Speak 2 Share, Inc., on the Board of Directors for Better Investing, and Founder of the National Association of Black Women in Construction (NABWIC).

Ann McNeill is also the Founder and President/CEO of the International Mastermind Association, an organization that helps people create work/life balance through goal setting and financial empowerment. The group has produced several authors, such as Dr. Mia Y. Merritt, and a host of other successful entrepreneurs.

Today, Ann is a dynamic speaker that has been featured in many newspapers and magazines, including Success Magazine and the Miami Herald, and was also the cover story for USA Today, Black Enterprise, ABC World News, and was featured on Channel 10. 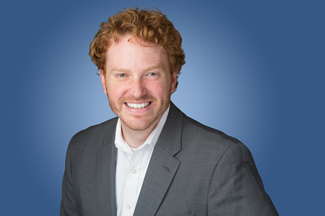 Ben Toro-Spears is the Chief Strategy Officer for the Florida Housing Coalition, with an extensive background in affordable housing and community development, real estate finance, and data management. Ben’s expertise includes fair housing, strategic planning, affordable housing development, geospatial analysis, and housing and community development activity impact assessments. Ben provides training to local governments, housing developers, and their partners on affordable housing program regulations, financial and data management, and best practices for organizational development. Prior to his work with the Coalition, Ben worked for Enterprise Community Partners, a national housing tax credit syndicator. Ben earned a master’s in Urban and Regional Planning from the University of Maryland, with a focus on economic development and affordable housing.